Behavioural change in the home is key to saving water

http://www.702.co.za/articles/264266/behavioural-change-in-the-home-is-key-to-saving-water
<iframe src=”https://omny.fm/shows/the-john-maytham-show/gibb-round-table-waterwatch/embed” width=”100%” height=”180px” frameborder=”0″></iframe>
On Thursday, the Department of Water and Sanitation together with Sunlight and engineering consulting firm, GIBB held a round-table discussion in the quest for alternative water resources.
Some of the issues covered during the discussion include restoring and sustaining water security and behavioural change in the water sector.
Water Affairs’ Leonardo Manus, explains that the discussion mainly focused on the alternative use of water resources such as the oceans. He adds that costs of tapping into alternative water resources were brought up.
Using the ocean as an alternative is very realistic.
— Leonardo Manus, Chief Director, Infrastructure Operations at Department of Water Affairs
Manus goes on to say that desalination is mostly used a last resort measure because of the high costs associated with it.

The main behavioural change should be at home. As one speaker said, one day you’ll sit with money in your pocket but no water at home.
— Leonardo Manus, Chief Director, Infrastructure Operations at Department of Water Affairs

He says people are slowly warming up to the idea of desalination as well as using their water responsibly by adhering to the regulations on water control.
Manus also adds that infrastructure needs to be managed so as to avoid it collapsing and fuelling the water crisis faced in cities such as Cape Town. 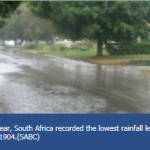 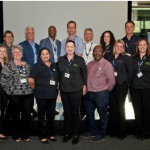 Encourages people to consider waste as a valuable resourceUncategorised