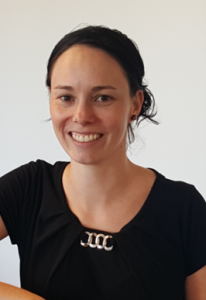 The Nalubaale hydropower station’s first turbine unit was commissioned in 1954 and cracks were first noticed in the powerhouse structure in 1964, initially thought to be caused by an unprecedented rise in water levels in Lake Victoria, resulting in a rise of tailwater levels.

However, by the 1990s, Alkali-Aggregate Reaction (AAR) was identified as the cause of the concrete deformations and cracks, which had also developed in the main dam wall, with leakages from the reservoir observed against the downstream face.

Between 1999 and 2000, the cracks in the concrete were injected with a cement-based grout, galleries were excavated from the downstream face of the dam, drainage holes were drilled inside the galleries and a roller compacted concrete prop was built downstream to support the dam along the highest sections.

The works were carried out with the reservoir operating at its normal operating level.

While the grouting works were considered to be effective, some leakages became evident on the downstream face from 2014, indicating that this kind of repair had a limited service life as long as the concrete kept on swelling owing to AAR.

“Eskom Uganda decided to implement a new grouting programme to improve the structural and functional integrity of the dam structure, awarding the contract for the design and supervision of the refurbishment works to GIBB in 2018. In October 2020, a contractor was appointed to execute the refurbishment works as per our design and specifications,” said GIBB civil engineer Louiza van Vuuren.

The contractor mobilised to site in December 2020, initially starting with the drilling and grouting works on a trial section of the dam.

“This was to confirm or modify the grouting method (boundary curve, boreholes spacing and stop criteria); the grout mix design and grouting materials; as well as the equipment such as pumps, mixers, sensors and automated control devices, besides others,” she explained.

The grout method used by GIBB was based on the grouting intensity number.

The acceptable pressures and volumes of grout injected were derived from stability calculations to avoid hydro-jacking of the dam’s concrete during grouting.

“The specifications stipulated that the pressures used for grout injection should be controlled with a pressure transducer, which is fitted to a grout pump equipped with an automatic data acquisition system, capable of measuring, displaying, and recording data in real time,” Van Vuuren continued.

Primary holes were inspected with a borehole imaging device to establish typical crack elevations, directions and widths and to inspect the mass concrete condition.

This led to the detection of large cracks up to 17 mm wide. Crest levelling surveys of the concrete blocks were also conducted to detect any evidence of hydro-jacking.

“Owing to the grout trial section taking longer than originally anticipated, the project experienced a slow start, compelling the contractor to increase the number of employees on site, as well as drilling equipment, to catch up with the planned schedule,” Van Vuuren commented.

“Further, in June 2021, Uganda experienced a second wave of Covid-19 infections, with some employees testing positive, which resulted in further delays when employees had to be isolated and tested. 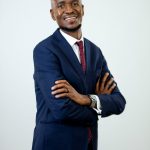 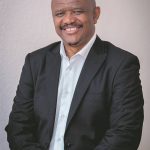