The 4.5MW run-of-river hydro project, located in the Free State province, was developed at a total project cost of R190 million ($14,166,239), where the capital cost was financed through Rand Merchant Bank.

In earlier news, GIBB said that the potential of hydropower in South Africa is relatively small, but with trans-boundary agreements and regional co-operation agreements in place, South Africa’s commitment to purchasing power from promising hydro sites in the sub-Sahara region makes their development a more viable option.
Commenting on the endorsement by heads of state in the region of 15 hydropower projects with an estimated value of $50 billion, Colin Logan, technical executive at GIBB, said: “Central Africa has huge hydropower potential to meet both its local and export requirements.
“The Congo and Zambezi river basins are estimated to be able to provide 774 TWh/year and 38 TWh/year respectively.” 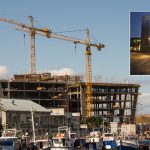