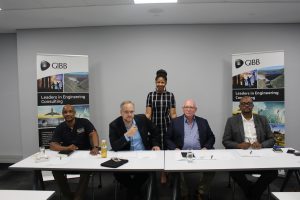 JOHANNESBURG, January 2019 – South Africa’s mining sector is building new partnerships and finding innovative solutions that will see it strongly positioned to transcend current challenges.
This was the message emerging from an extremely positive roundtable discussion hosted by GIBB recently, with the theme “Towards Mining Consensus”. The event attracted mining entrepreneurs, industry experts and analysts.
Speakers agreed that there was a growing alignment between industry stakeholders, including government, mining houses, communities, emerging miners and engineering and logistics providers.
Despite serious challenges, it was agreed that the mining industry was far less polarised than it had been in the past. Speakers were optimistic that this would lead to clearer policy from government, community engagement by miners, public-private collaboration, and a stronger global vision.
Alan Wingrove, Managing Director of GIBB Mining, said that with better relations between the Minerals Council and government, policy certainty was improving. He also spoke of modern mining’s growing community engagement, which secured its social licence to operate while also improving quality of life for the workforce and business effectiveness. He mentioned miner Sibanye-Stillwater’s achievement of 10 million fatality-free shifts as evidence of mining’s greater focus on people over profits.
He struck a confident note, though, proposing that the mining industry think big and work together on ambitious projects. “It’s time to act,” he said. “Built environment-driven investment can be the key to our economic revival.”
Media Analyst and Political Commentator Stephen Grootes from Daily Maverick spoke of an emerging new, more fluid South African identity, which allowed for new alliances to be formed. He encouraged mining companies to be more proactive in the energy independence space, which he said would accelerate change and efficiency in the power sector.
Fellow speaker Bungane Kakana, COO of the OMANG Group of companies, agreed that power supply could be a brake on growth from his perspective as an emerging miner. He saw the opportunities for the local mining sector in building an international network, enhanced logistics relationships, and a beneficiation focus.
Masego Mokitimi, Co-CEO at Lucient Engineering and Construction described the exciting opportunities for “SA Inc.” across Africa and the global mining sector, as long as players were creative and did not remain chained to vanilla solutions. He described mining knowledge as a key national competence, and one that was already building South Africa’s national profile worldwide.
Bert Lopes, Johannesburg Managing Partner for professional services firm BDO, spoke of the need to remain conscious of the broader national interest. “The ‘why’ of doing business needs to take account of the interests of all stakeholders,” he said.
Speakers were unanimous that there was still reason for optimism in the South African mining industry, as long as all stakeholders – established miners, government, communities and independent power producers – worked together with the interests of the industry and the country at heart. 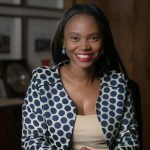 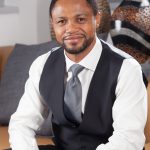