A significant project that is set to revolutionise operations in the Port of Durban is progressing well underway under the watchful eye of an independent Environmental Compliance Officer.

GIBB Engineering and Architecture has been awarded the all-important R10 million contract to monitor environmental compliance and ensure that the ecosystem is not disturbed.

Harbour construction has the potential to damage the environment via polluting heavy metals, which can enter the water through the release of rusting steel, copper, lead or zinc, and then become part of the food chain through fishing activities, which are common around the harbour area.

The firm will audit compliance against the various environmental permits and provide feedback to Transnet, the Environmental Management Committee and other relevant authorities on any issues that may arise.

“Our role is to ensure that contractors follow regulations and the mitigation measures that have been put in place to protect the environment,” explains GIBB Environmental Scientist Charl Kruger.

“We don’t want a situation where the project brings economic benefits, but comes at the cost of severe environmental damage,” he continues.

As part of the work, the firm will monitor Durban harbour’s environmentally sensitive Centre Bank sandbank.

“The sandbank is home to a many microfauna, macro fauna and small prawns, which in turn feed the fish breeding in the harbour,” says Kruger. “It removes many of the pollutants that enter the harbour from the rivers, so it’s vital that we ensure construction doesn’t pollute the sandbank.”

The sandbank is connected to the construction site. Construction teams will relocate some of the sand, and then offset this by replacing sand on another part of the bank at a later stage.

“The goal is to make the sandbank bigger than it is currently and to attract more mirco, marcofauna and fish species, this improving species diversity,” Kruger says.

The firm’s work will also include testing water quality throughout the harbour, taking sediment samples and doing surveys of macro-organisms and micro algae. They will also measure mussels and fish for traces of pollutants and conduct a census of bird life around the harbour.

“Ideally, by the end of this project, we would like to see more sea life in the harbour than there was before,” Kruger concludes.

What Prasa needs to do to surviveUncategorised 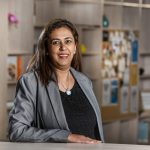